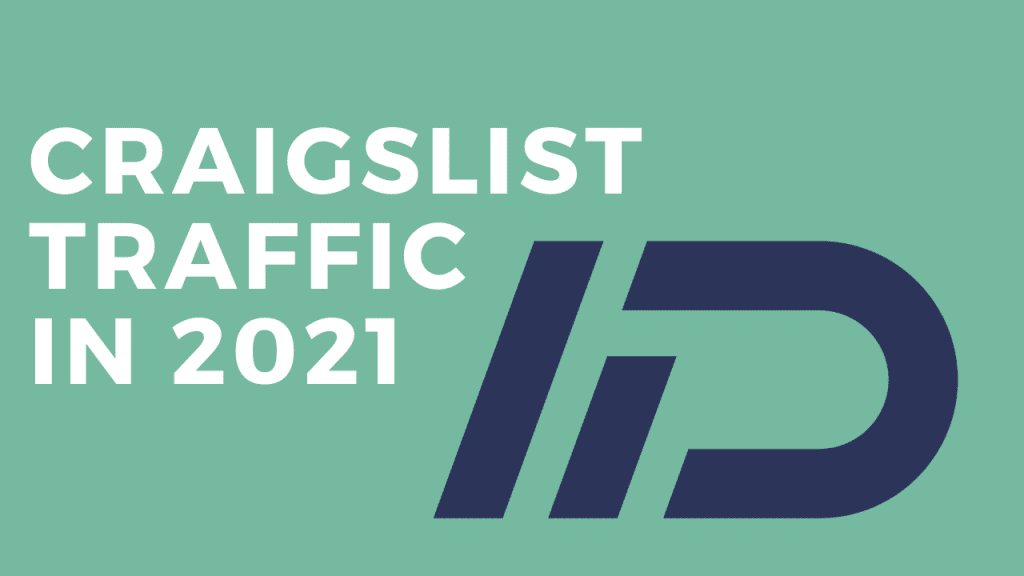 A lot of marketers wonder how much website traffic does Craigslist get these days? It is a fair question. The website is not longer in its heyday but that isn’t to say that it doesn’t still get a ton of traffic. While the true numbers are only known to the Craigslist team, there are some great resources online that can help infer what those numbers might be.

SimilarWeb is one of the most reputable website traffic analyzers out there. The most recent chart from SimilarWeb can be seen below with an estimate of 321 million visits a month as of December, 2019. That’s a 61% drop in traffic from only 2 years ago with a clear downward trend.

Does that mean Craigslist is not a viable sales and marketing channel? Definitely not. Craigslist might not be the darling it once was, but it still gets a ton of traffic. Its user base tends to very engaged as well. The platform isn’t shamelessly promoting itself so the visitors that show up truly want to be there and need no extra convincing.

Where is Craigslist still popular?

Turning back to Google Trends, there are where Craigslist is still very popular. Since Craigslist has a bit of a rigid list of which cities can be selected to post an ad, those metro areas tend to still have a dedicated fan base. The lists below show the most popular states and cities in the United States for Craigslist searches. The number after each location is the Google Trends score to give us an idea of how popular each term is within the Craigslist search topic.

I found it funny that Bend, Oregon made the top of the list. It is famously known as the location of the last Blockbuster. Maybe they just like nostalgic companies?

What is the traffic for Craigslist.org as of 2021?

While we can only guess, the data available seems to suggest that Craigslist.org draws about 300 million total visits per month as of 2021.

Not necessarily. The majority of the traffic to Craigslist is direct and most of the rest from search. Direct visitors are likely to keep returning and Google Trends seems to show a steady trend in recent years.

How does Craigslist.org compare to other popular websites?

According to SimilarWeb, Craigslist ranks as the 67th most popular website in the world, 22nd in the county, and #1 in the classifieds segment. While the traffic is down, it still is regarded as the most popular classifieds online.

What does the future hold for Craigslist?

There is undoubtedly a great deal more competition from Facebook Marketplace, other classified websites, and even local dealer websites. But the number of internet users has also gone up a lot in the past decade. That means more traffic to go around. So how many people will use Craigslist in 2021 and beyond?

It’s impossible to tell for sure but these charts and metrics can offer some clues. For starters, SimilarWeb estimate that roughly 71% of their traffic is direct, 1.5% from email, and 24% from search. Google Trends suggests that the interest in Craigslist searches has been declining but is finding a floor in the recent year. There are also a number of related searches for Craigslist that have been on the rise.

What about the other 72.5% that are direct and email traffic? My guess is they are likely Craigslist fans since they’re going straight to the site. A lot of people still prefer the ad-free, simplicity of the platform. Posters can use basic legacy HTML and symbols/icons but it is limited to keep the experience an intuitive, familiar look for users.

While the platform has stayed true to its early days, they did recently (a few years ago) release an app for iPhone and a beta app for Android. There are also automated ad posting software solutions available now. This can help businesses scale Craigslist marketing and sales while leaving the owners section for individual sellers. It’s still going to be a stalwart in the classified ads digital space.

A new AIM GROUP report has estimated that revenue dropped 26% for Craigslist over the last year. The report goes on to specifically note that job ads dropped 32% and auto ads were down 22%. While this isn’t a traffic stat, it is certainly correlated to some extent. If ads were down but traffic has not fallen as much, that could mean an opportunity as there would be less competition.

Tyler is a website strategist at CYBERsprout and one of the co-founders of Dealer Promoter Pro. When not writing about digital strategies, you can find Tyler hanging out with his kids, tinkering with robots, and playing hockey.

Are you looking to post 500+ Craigslist ads across the country a month?

The short answer is no but there are workarounds for categories that allow links. You can add an image that looks like a video preview that links to the video URL. It isn’t ideal but it is the only method for adding a video to a Craigslist ad.

Can car dealers use an inventory feed to automatically create vehicle listings on Facebook Marketplace?

As of September 13, 2021, Facebook changed its policy to where car dealership can no longer automatically feed in vehicle listing to Marketplace. Instead, dealers will now have to create listings manually through their Facebook page. The other option is to set up an inventory campaign to get listings as an ad placement. There are…

Do people still use Craigslist?

Yes, it is estimated that the Craigslist website traffic in 2021 is still north of 300 million visits per month. It is still a very popular place to sell products, services, real estate, and post job openings.

Are you looking to automate your ads and scale your sales on Craigslist?

Take our quick 1 minute survey to instantly find out if out platform is right for your product or service.

Is our platform the right fit for you? 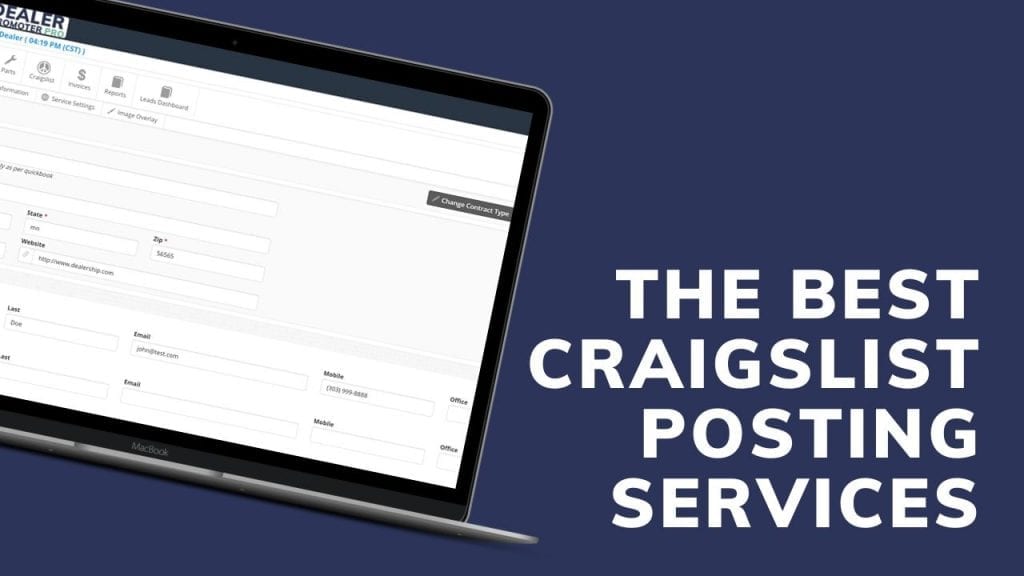 A lot of companies seek out the help of a Craigslist posting service to help save time and be more effective at selling on the platform. While Craigslist still has a massive audience, the platform has done little to improve the selling experience for companies. While we can only guess, the data available seems to…

What are you looking for?